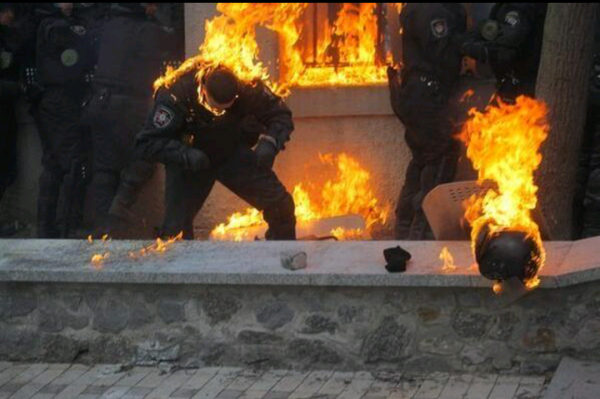 Ladies and Gentlemen, Comrades! If you watched the news recently, you may notice a new form of peaceful protests in Ukraine. Some guys who desperately want to become Civilized Europeans, started to throw Molotov cocktails into Ukrainian riot police. This police was sent by allegedly evil non-Civilized and non-European Ukrainian (maybe even pro-Russian!!!) government which is unfortunately democratically elected. "Unfortunately" because the very same government refused to sign the free-trade deal with the European Union, thus robbing Ukrainians from their dream of a horde of European Princes on White Horses coming and setting Everything Right in the republic of Ukraine.

Open to: All, detailed results viewable to: All. Participants: 23

Do you like the idea of removing the riot police from the area of a riot?