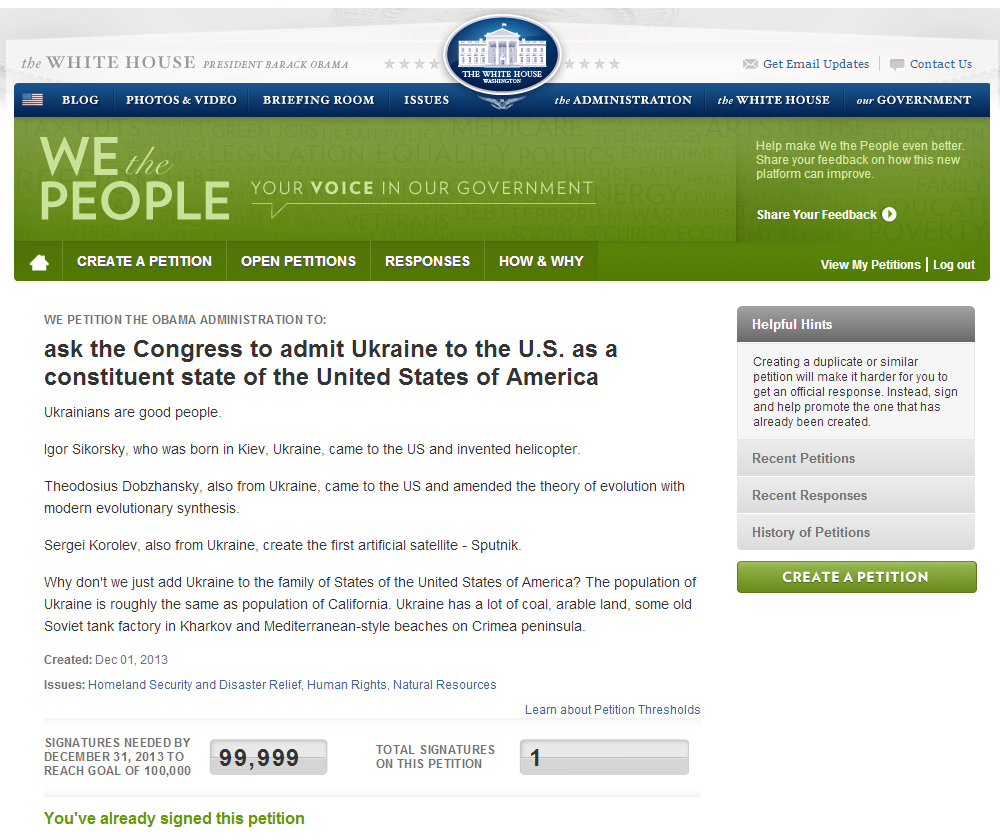 Open to: All, detailed results viewable to: All. Participants: 47

panchul at Let's protect Ukrainians from cunning Europeans who offer them bad deal
During the Communism people of the Soviet Union were told by the Communist press that everything in the West is bad. However some Soviet people were allowed to visit West and when they came back, they smuggled into USSR some Sears and Macy's catalogs with a selection of stuff, unimaginable for a Soviet citizen. Soviet people were so shocked by these catalogs that they decided to commute suicide and dissolve their country into pieces.

One of the modern consequences of those Sears catalogs in the past is the current situation in Ukraine. A large fraction of Ukrainian people assume that any offer they can get from European Union is good by definition, because Europeans are Good People. However we all know that used car salesmen do exist even in the West.

I think that the deal Europeans offered to Ukrainians has a questionable value. As a Ukrainian American I propose to protect Ukrainians from Europeans and just annex their territory to the United States. I filed the following petition yesterday:

Open to: All, detailed results viewable to: All. Participants: 45